After an unusually mild winter, there have been some spring dumpings of fresh snow followed by a sudden increase in temperature. This has resulted in the usually gentle-flowing glacier-fed turquoise rivers of the Canterbury Plains turning into milky torrents as the snowy caps on the neighbouring mountains melt in preparation for the coming summer.

On State Highway (SH) 77, also known as Scenic Highway 72, west of Christchurch on route to Mt Hutt and Methven, the Rakaia river is crossed by a historic bridge built in the late 19th century. On the eastern side of this bridge is a car park next to the river bed, and from here, the Rakaia Gorge walkway commences. Heading first up to the bridge where single lane traffic trundles across, look out for an orange arrow on the opposite side of the road which marks out the walkway as it disappears into the bushes. From early on, the view is incredible, and the changing viewpoint of the flowing river is visible for a large percentage of the hike. 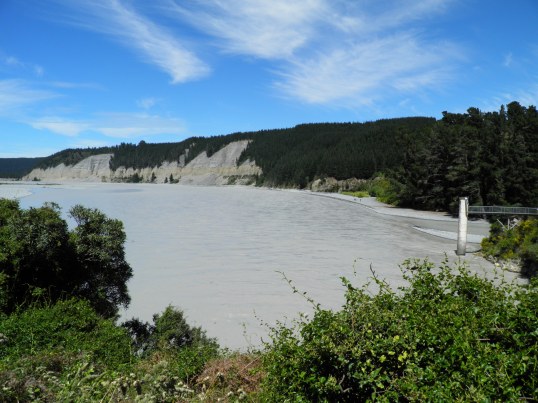 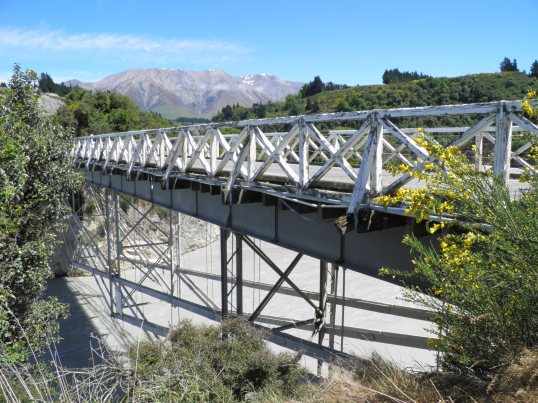 The quality of the path starts off well: a sandy, well-trodden path that skirts round the first few bends of the river. It varies in minor ascents and descents, occasionally reaching near river level before gaining height to bring the path up to the full height of the gorge. The Mt Hutt range is visible on approach to the first lookout and the view from the lower gorge lookout is incredible. At this point, the gorge is quite steep and all the more dramatic with the milky waters gushing through below. 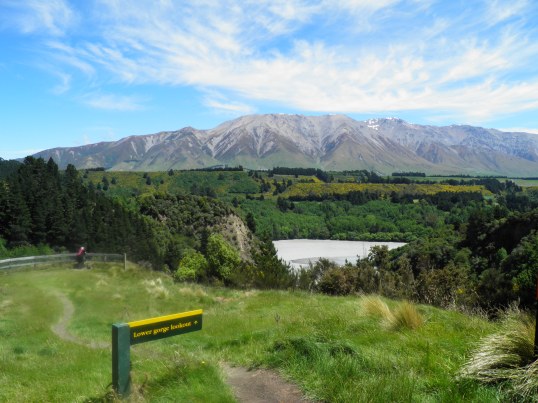 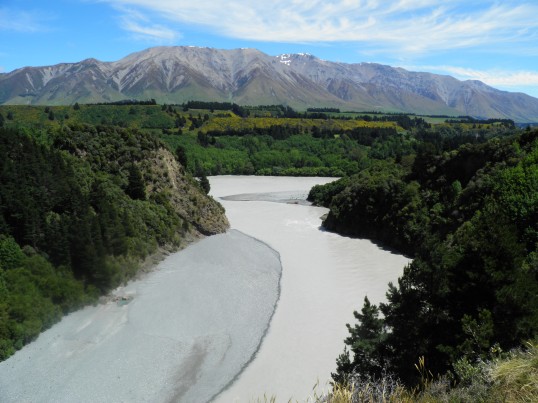 From here, the path and the river snakes round several bends and after a while, the path crosses into private property and at times cuts through woodland. With reduced sun exposure, and some recent rain, these sections of the walk were exceedingly muddy and in places slippery. For short spells, the river is hidden from view before reappearing with an all new perspective on it. Deep within one wooded section is a spur track to some disused coal mines. The path is much less trodden and on this occasion was relatively overgrown. I had to climb over a few fallen trees and part some vegetation to follow it past 2 mine entrances, and down to a small stream and mini-waterfall. Whereas the main track was quite popular with walkers the day I was there, few ventured down the spur track and it was easy to feel like you were a million miles away from civilisation. 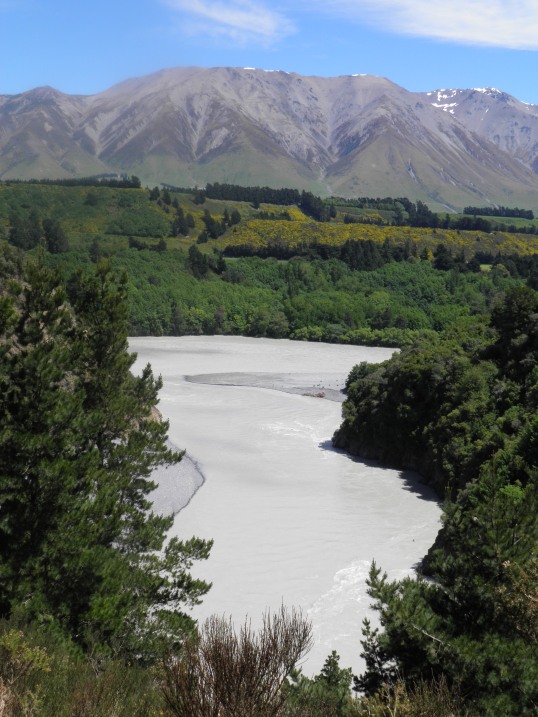 Back on the main track and a few bends and slight climb later, the path splits into a loop. I opted to go anti-clockwise, and climbed steadily out the woodland and out onto farmland, across which the path climbs steadily up to the upper gorge lookout. Again the Mt Hutt range stands proudly over the river which flows through the deep gorge. This is a fantastic spot to put your feet up, have some lunch and absorb the view. 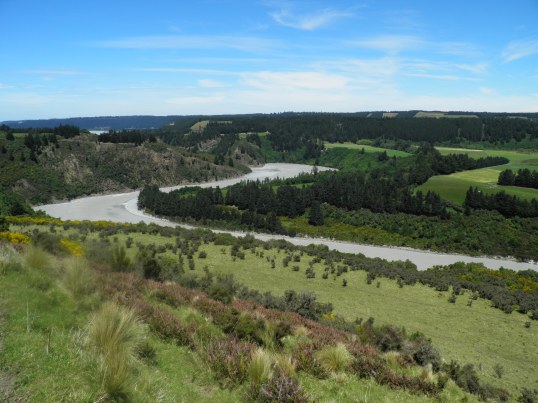 From this vantage point, the path heads down the side of the gorge past the dramatic yellow blooming gorse bushes, and back into the bush which hides the river until a sign denotes a spur track to a boat landing. It is a short walk from here to the shingle bed past which the river loudly flowed downstream. It is easy to feel small and insignificant in such a spot with the walls of the gorge around you and the might of the water gushing past at such speed. Backtracking, the path eventually loops back round to the sign which denotes the split in the track, and from here you retrace your steps back downstream to the road bridge.

Including a lunch stop, this 10km walk took me just over 3 hrs return, and I absolutely loved it. With such stunning views at every turn, this walk is definitely a personal favourite.