Although its moniker is the Garden City, Christchurch has some great coastline within its reach. Several of the eastern suburbs sit on either the banks of an estuary or overlook the Pacific Ocean. The Port Hills behind the city provide many resident with their weekend playground, and while I enjoy getting up there myself, I also love to breathe in the salty air from sea level. The Christchurch Coastal Pathway forms part of the lesser known Christchurch 360, a path still in its beta phase, which circumnavigates the city. Spanning the foreshore between Ferrymead and Sumner, it is a nice flat gradient to follow, and is a great local walk to do on a sunny day. I’ve now walked it a few times after first discovering it in August last year, and always park in Ferrymead to walk first in the Sumner direction before returning, using Sumner as a great spot to break up the walk with a coffee or lunch. This is purely preference though, as it doesn’t really matter where you join the walk, whether you walk one-way or return, or which direction you start off in. The Sumner bus serves the route, making it easy to do as much or as little of it as desired.

From the little parking area in Ferrymead near the road bridge, the route cuts across the road bridge that was completely overhauled after the 2011 earthquake. The shared walking/biking route that hugs the road as it follows the estuary margin is also a new addition after the local road system was upgraded as part of the area’s rebuild. Depending on whether the tide is in or out, this first section can look very different. When the tide is in, the water is right up at the sea wall, and when it is out, there is a large mudflat that often has herons or shags hanging out on it, and occasionally the odd cockle gatherer will be brave enough to head out. Between Mount Pleasant and Redcliffs, the road and walkway form a causeway.

At Redcliffs, the path diverts away from the main road so there is less traffic accompanying you as you skirt through then round some swanky houses. The view across the water is to South Shore, at the south end of the New Brighton beach spit. Where the path turns to cut back up to the main road, a small beach is tucked in to the corner. The path now follows the main road for the rest of the route out east. Skirting past the leading edge of Barnett Park, one of the city’s many green spaces, it curves round into Moncks Bay where the opening of the estuary into the Pacific Ocean becomes apparent.

The section that sweeps round Moncks Bay into the western end of Sumner beach is still to be upgraded and is much rougher in comparison (although not really that rough at all). It is in the process of being upgraded as the road is, and the final sweep round Moncks Bay has already changed from when I first walked this track. Under a brilliant blue sky with the sun overhead, the colour of the water, like so much of the sea around Banks Peninsula, is a stunning shade of blue, and when I first walked it last year, there was a frame of purple flowers in bloom at the far end of the bay. Sometimes people fish off the rocks below here, and this is also the section where the path is at its narrowest, making it a bit of a squeeze if there is a lot of foot traffic.

Once at Sumner, you can choose to cut down onto the beach and walk the sand, or stay up on the path and follow the road. Either way, Sumner offers plenty of choices to replenish yourself in reward for the exercise, with a multitude of bars, cafes and ice cream shops. If the tide is out, I always take a meander through the cave that divides Sumner beach in two. Sometimes I take the steps up to the top of the rock to look down on the beach and get an elevated view over the many beach goers. When you’ve had your fill, you can either hop on a bus or make your way back the same way.

The first time I walked the route I took a detour at Barnett Park on the way back. A few tracks lead off from here including one that cuts up the hillside to Summit Road on the top of the Port Hills. One of the park’s main tracks has been closed since the 2011 earthquakes, and as such is no longer being maintained, but this doesn’t stop people following the now unmarked route that splits off the track up to the summit. As I hadn’t done it previously and because it is unmarked, I initially missed the turnoff, climbing higher up than necessary before working out where I’d gone wrong. Once on the right track though, there was a little bit of light bush bashing as parts of it were overgrown, hiding your foot fall. It was rough and muddy in places and the narrowness of it on the slope made it interesting in places when there was the need to let someone heading in the opposite direction pass by.

When the track comes out below the cave, it is especially apparent why this track is listed as closed: the steep wooden staircase that heads up into the cave is missing multiple steps and part of the bannister. In my opinion, hiking and outdoor adventures should always be at user risk. I can understand why the city council doesn’t want to be held responsible for incidents that occur in its area of jurisdiction, but I also think that a walker should be as able to make a risk assessment to follow a track as a hiker would out in the wilderness. In other words if you’re fit and prepared for the route that you’re following, it should be your decision to take it. So if using an unstable staircase is outwith your comfort zone, then this track is not for you. But there are plenty of people that still enjoy this track, many with children, and once you’ve scrambled up into the cave you can see why: it’s a great view down into the park and the estuary across from it.

Once back out of the cave, the track loops round to head down on the opposite side of the valley. Shortly after leaving the cave behind, a large boulder sat where it found its resting place post-earthquake, blocking the route. Foot passage over the years has worn out a detour, and this return stretch is as rough and overgrown as the way up is. Glancing back from time to time, the cave grows smaller before disappearing round the corner, and eventually back at Barnett Park, I cut back across the road to rejoin the Coastal Pathway and make my way back to my car at Ferrymead.

Just two months after fulfilling a dream of attending the light spectacular of Vivid Sydney, my home town of Christchurch had its own little winter light festival in August. Set within the Christchurch Botanic Gardens and the nearby Arts Centre, this exceedingly popular event was never going to reach the dizzy heights of its Aussie neighbour but it was a great event to make the most of the long winter nights. I’d attended Botanic D’Lights a couple of years prior and this bigger event pulled in large crowds each night. 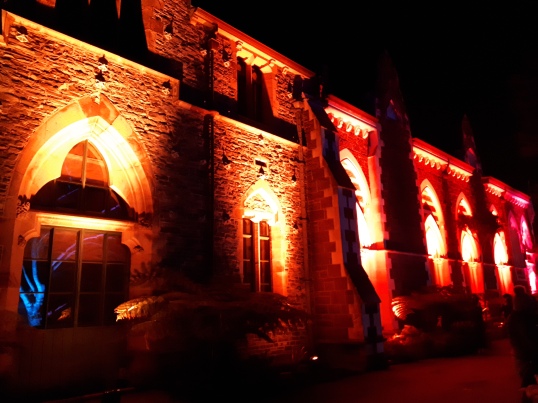 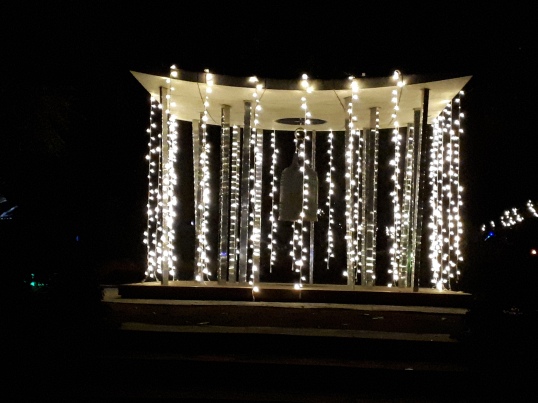 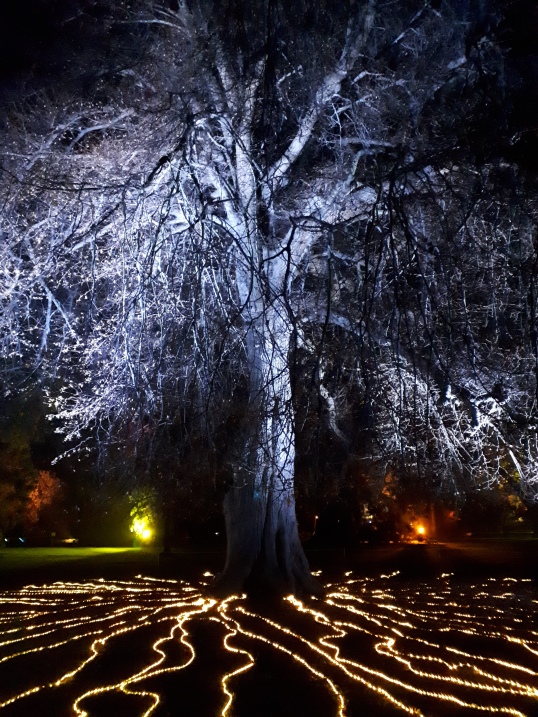