Archive for the tag “Grampian”

About an hour and a half drive to the west of the ‘Granite City’ that is Aberdeen, down a long and winding road with no exit, lies an unassuming car park near a small copse. The drive there on a beautiful day is an adventure in itself. The River Dee snakes its way from its origin in Cairngorm National Park towards the North Sea at Aberdeen, and heading upstream, the A93 on the northern side, and the lower grade B976 on the southern side brings you to Ballater. Crossing the river from the northern side, there is little further to travel to the signposted turn-off for Loch Muick. This long road follows the route of River Muick, a feeder river for the larger River Dee, up stream to its source from Loch Muick. Initially through some woodland, it opens up into an open glen of the same name, flanked by hills either side, and a smattering of trees and low shrubbery. At the right time of year, the heather bloom turns the normally green and brown landscape into a glorious purple.

At the end of this long and windy road is a car park which on busy days can get very full. There is also a parking charge here, so having small change handy is a must. From here, the track heads down across a small river to a copse where picnic benches mark a picnic area, and a toilet block is located. From here there is a choice of walks. For a less challenging walk, or with families, the main destination is the nearest shore of Loch Muick. For a longer, but low grade walk, a path circumnavigates the entire loch, and for something more serious, some day and multi-day hikes can be reached from there too. More often than not, when I have visited Glen Muick, there has been a herd of wild red deer grazing in the area, and on one occasion, they were wandering amongst the picnic tables and very close up.

I used to love visiting Loch Muick for a walk or a hike when I lived in Aberdeen. Almost always saw some of these guys, on this occasion some of the herd was hanging out at the picnic spot. #deer #reddeer #herbivore #herd #nuts_about_nature #nuts_about_wildlife #scottishwildlife #glenmuick #lochmuick #highlands #aberdeenshire #highlandsandislands #scottishhighlands #scotland #scottish #scottishlife #visitscotland #ig_scotland #europe #ig_europe

Lochnagar, a Munro (a Scottish mountain of >3000ft) is an easily accessible and rewarding hike. Standing at 3789ft (1155m), the ascent can be reached from the copse by not following the main route to the loch side, but by taking the path that goes up the side of the copse, crossing the river, and passing by some buildings before carrying on through another copse and coming out the other side. An easy stream crossing is followed by the start of a gravelled cut out path that starts to wind its way up the neighbouring hillside. A bit of altitude is gained before the path splits: the right fork continuing on towards Balmoral, and the left fork crossing over shrubbery before the slog up the mountain begins.

The path is clearly marked, and in good weather, it is very busy. The first section takes you up to a col between Meikle Pap (980m/3215ft) and Lochnagar ridge itself. Some of this section involves stone steps, and this col overlooks the water of Lochnagar, sitting below the ridge of the same name. Lochnagar burn can be seen disappearing off into the distance. Even in the height of summer, there can be patches of snow from this point onwards, and it is a fabulous spot to park up for some lunch before the final ascent. The summit and ridgeline takes the brunt of the weather and is often windy and cold, so this relatively sheltered spot is a far better spot to spend some time.

The steepest section is the second part, known as the Ladder, which picks its way up through the increasingly rocky terrain, at which point the path becomes a little less obvious, and it is best to focus on a spot to reach and just pick a way there. Eventually a plateau is reached, which is barren and rocky, and the path again becomes slightly vague across the central buttress until an obvious path appears again. A path that hugs the edge can be followed across Eagle Ridge, but as it goes quite close to a very long drop, it is certainly one to be very careful following, and the main route is somewhat further back. Some large rocks mark the west buttress, and finally the last lot of rocks to climb over marks the true summit, marked with a plinth. In all directions, mountains and hills roll off into the distance, with Ballochbuie forest in the far north-west, and Loch nan Eun to the south-west. There are plenty of rocks to hunker down next to if it’s windy, but even on a warm day, it quickly feels cold up here. 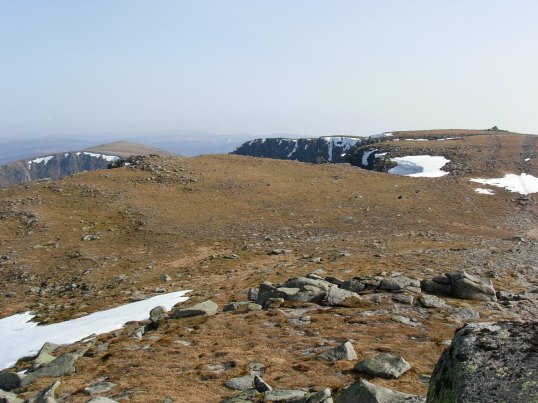 This was my favourite Munro to hike when I used to live in Aberdeen. The rocky crags of the summit ridge are dramatic and sometimes there would be pockets of snow in the shadows. #snow #snowypeak #munro #hiking #hikingheartbeat #hikingadventures #lochnagar #aberdeenshire #highlands #highlandsandislands #mountain #mountainshotz #scottishhighlands #scotland #visitscotland #scottish #scottishlife #ig_scotland #europe #ig_europe 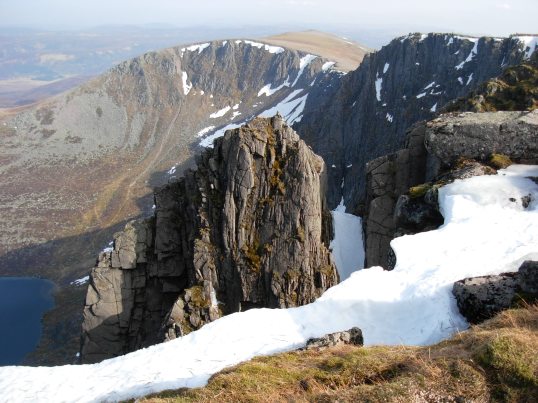 From the summit, you can retrace your steps the way you came, but I always chose to make the circuit, and follow the path down the backside of Cuidhe Crom and Little Pap, which follows the route of Glas-Allt. It is a well-maintained pathway, with an easy descent through low shrubbery, and lots of little waterfalls to ogle at. Eventually, Loch Muick comes back into view at the top of a large waterfall, Glas-Allt Falls. This is the steepest section of the descent which arcs down the side of the waterfall, and offers a viewing point of the falls at the bottom. From here, it is an easy walk along the side of Craig Moseen, and a final, easy descent to Glas-Allt-Shiel, in full view of the western edge of Loch Muick.

Near a royal lodge (used by Queen Victoria, and later Prince Charles) hidden amongst a copse, the path joins the circuit path of Loch Muick, and the car park can be reached by either taking the left, northern (quicker) circuit back, or turning right, and following the path round the head of the loch, to return on the southern aspect. At the foot of the lake on the more northern route, a little boat house marks the end of a small pebbly beach where you can stroll along the side of the lapping tannin-tainted water, and cross the bridge to join the more southern track back to the car park. 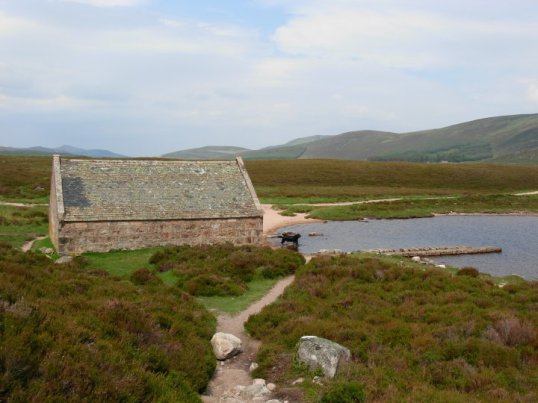 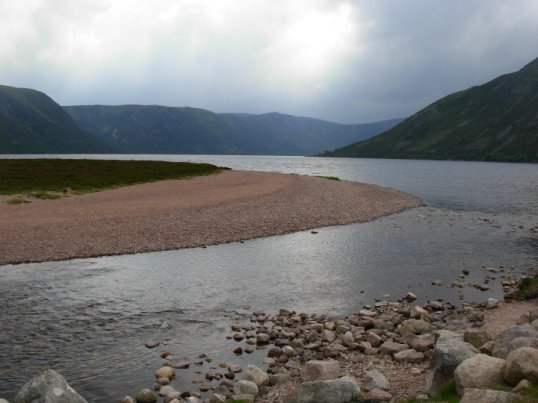 Realistically, this is a full day hike, averaging 6-7 hours dependent on fitness, and time spent ogling the views at the various viewpoints. With many exposed sections, and potential for year-round snow, this is not a hike to take lightly, and warrants being well prepared. Hiking this route in winter is best left to those with winter skills experience, but in summer it is a fantastic walk well worth making the drive for.

There are two things I miss about Scotland: snow and history. Don’t get me wrong, New Zealand clearly has history (and snow for that matter), but with its discovery by Europeans occurring only in the 17th century, and the discovery by any settler suspected to be in the 14th century, its historical background and development are a mere blip in comparison to the 12,000 years of known settlements in Scotland. Getting away from the region known as the Central Belt (the urban region that spans Glasgow to the west and Edinburgh to the east), it isn’t hard to find buildings or remains that easily out-date the point in time when New Zealand was discovered.

Scotland has over 2,000 castles in varying states of repair – some well maintained and open to the public, others a mere crumbling shell left to ruin. Edinburgh Castle is the most well known to foreigners, but for me it is far from my favourite. Living for several years in Aberdeen in the north east, I was within an easy drive of several castles, and over the years of my life and over multiple holidays, I’ve visited and explored many of them in varying parts of the country. Unfortunately I don’t have photos of several of them, having visited them as a child, but below is a mere selection of the castles out there waiting to be explored. 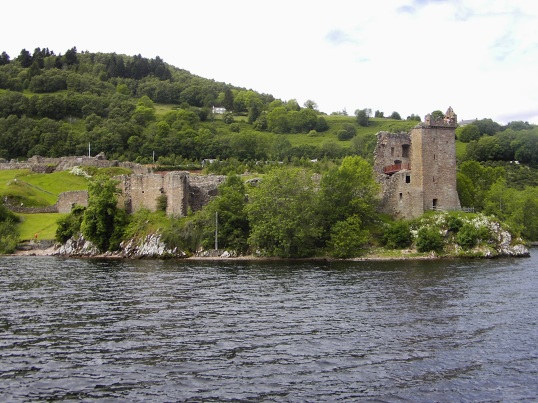 A popular Aberdeenshire spot in the middle of winter. I'm not sure when I'll get back to my Homeland but I have a lifetime of memories to reflect back on in the meantime. #castle #scottishcastle #castlefraser #aberdeenshire #grampians #scotland #visitscotland #scottish #scottishlife #ig_scotland 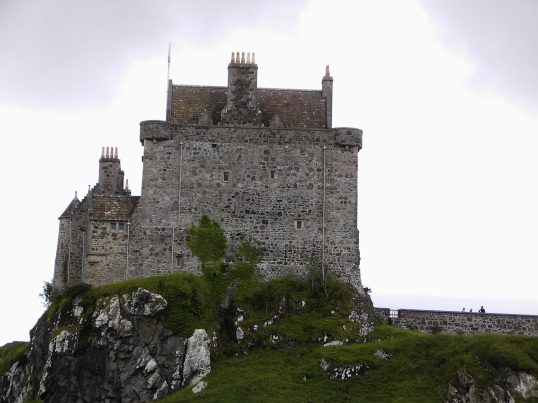 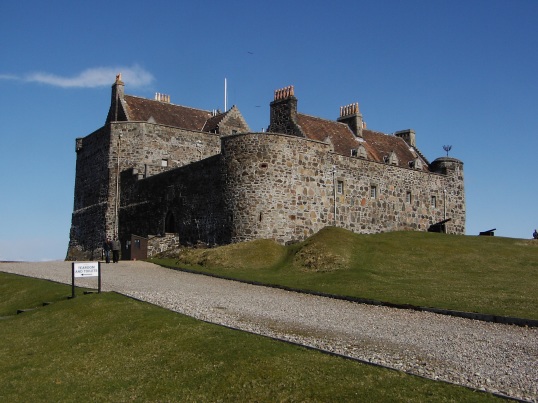 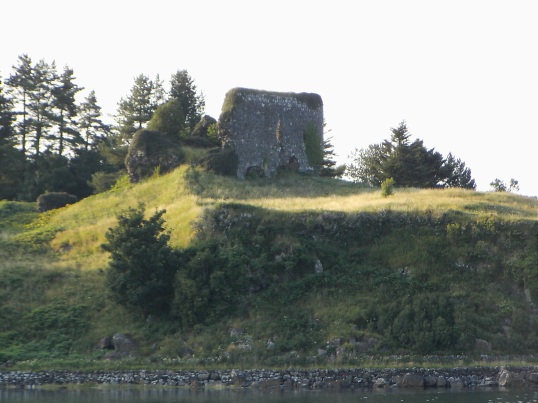 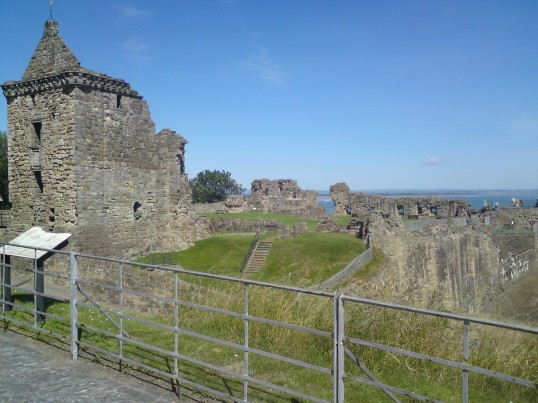 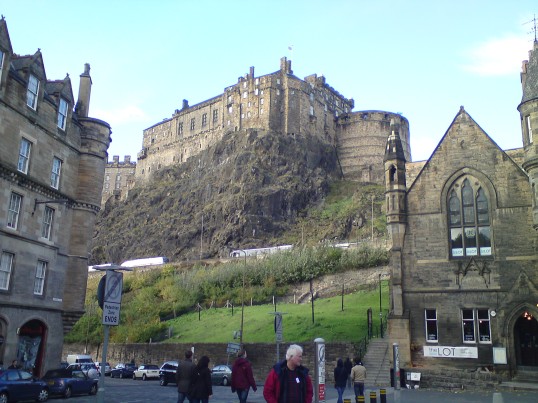 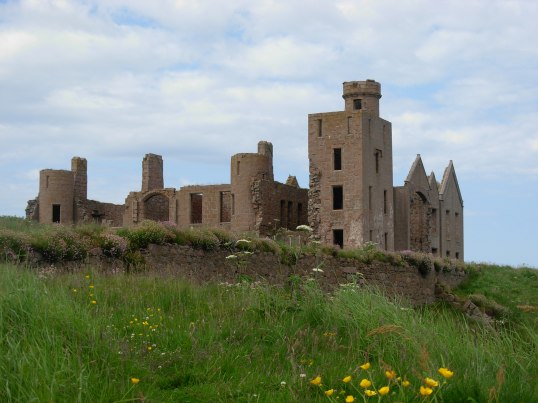 An arch through an arch in the ruins of one of Scotland's many castles. #castle #noltlandcastle #pierowall #westray #orkney #orkneyislands #scotland #visitscotland #ig_scotland

One of the many stunning castles in #scotland this one is a popular day out with beautiful parkland to wander through too. #culzeancastle #maybole #ayrshire #visitscotland #nts #nationaltrust #nationaltrustforscotland