Archive for the tag “porpoise”

As much as I love travelling, if not more so, I love whales and dolphins. One of the great things that travelling has allowed me to do is to pursue my dream of seeing these magnificent creatures in the wild. I have seen several species of each in various countries, and for once I’d like to focus more on the photographs and videos I’ve obtained of these glorious creatures. Below is a list of all the cetacean species that I’ve seen in my life. Unfortunately I don’t have photographs for all of them, or indeed have good photographs for all of those that I do have, but I’d just like to share my love of whales and dolphins.

This is the species of dolphin that I have seen the most. They live in many parts of the world’s oceans, and I have seen them off the coast of Scotland, South Africa and New Zealand. They are playful and inquisitive and can be found in varying group sizes. I have autopsied a few that washed ashore in South Africa. 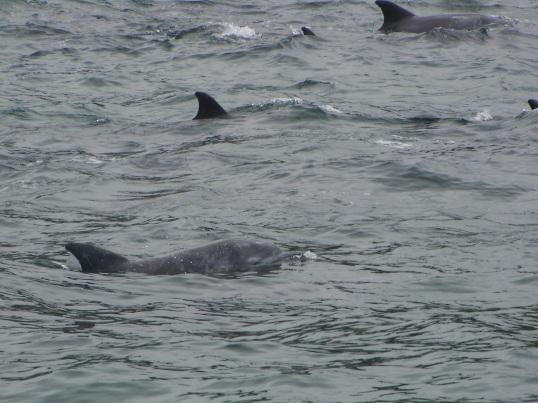 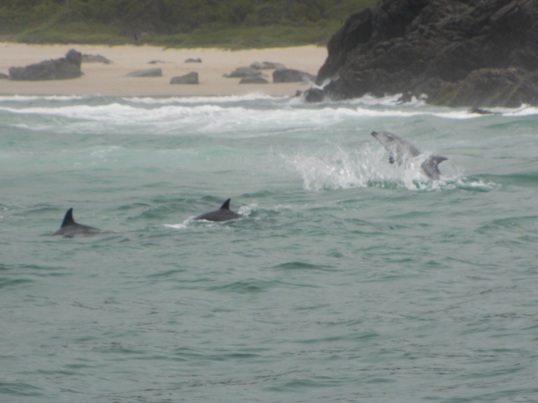 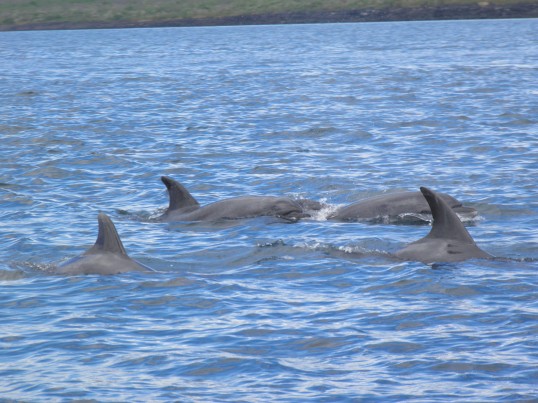 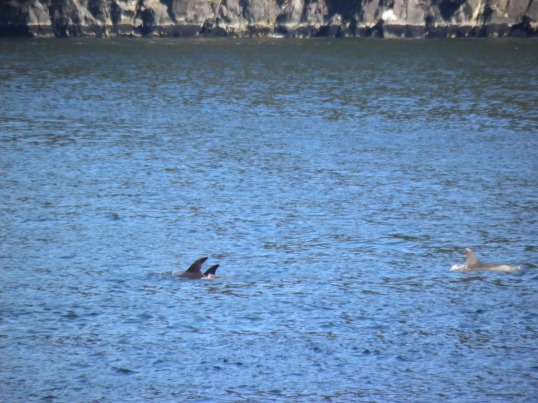 These shy dolphins are normally not very acrobatic but I was lucky enough to catch on video a rare moment when one jumped out the water. They normally hug the coastline, and I saw a few pods of these along the coast whilst in South Africa in 2005.

This is my favourite species of dolphin: I love the hour-glass pattern on their body, which makes them look beautiful. I was lucky enough to see a massive pod of these in the deep ocean water off the coast of South Africa in 2005. Unfortunately, the sea was so rough and they travelled past the boat at such speed that I did not manage to get any photos of them.

Accompanying a feeding humpback whale and some white-beaked dolphins, it was a pleasure to see this species in the wild again.

These are one of the smallest species of dolphins, and they are highly endangered. They also live exclusively off the coast of New Zealand, and I have been lucky enough to see them several times across the years that I’ve lived here. 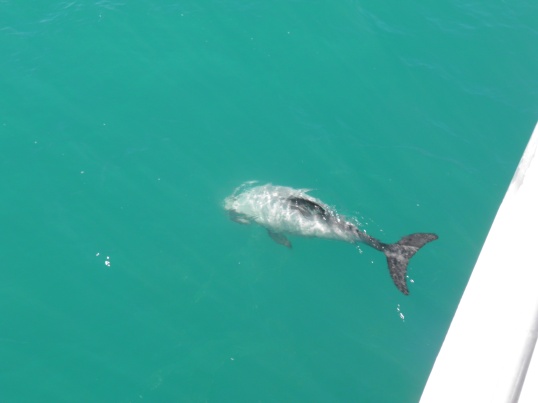 Unfortunately I was suffering acute sea sickness on the trip that I saw these guys in 2013 (for the full story, read here) so getting a decent photograph went down my priority list.

Thankfully, I was able to witness these agile dolphins in New Zealand waters once again.

Whilst on the ferry between North Uist and Skye in 2010, two islands off the west coast of Scotland, the ferry was followed by some porpoises that enjoyed the waves. I was too busy enjoying watching them frolic and play to take any photographs. Since then, I have seen the odd individual on a couple of boat trips off the west coast of Scotland in 2016.

Whilst searching for humpback whales off the west coast of Scotland in 2016, these guys joined in the feeding.

I was lucky enough to see 3 super pods of Orca, an estimated 200 animals, off the coast of Vancouver Island in 2002. It was an amazing experience, and they are truly beautiful and mesmerising creatures. I am firmly against the keeping of these creatures in captivity, and it breaks my heart to know the treatment that has been endured by some individuals. The movie Blackfish is a real eye opener to their plight. I can still remember bobbing around on the Pacific Ocean surrounded by Orcas as far as the eye could see. The photographs are the good old fashioned pre-digital kind which require to be scanned onto the computer so they will follow in due course.

I wasn’t expecting it, but I was utterly excited to get a brief sighting of these amazing mammals. Look closely, and I promise there are two dorsal fins there!

I have only ever seen 1 minke whale in the far distance whilst on a boat off the west coast of Scotland in 2006. It was too far away to get a decent picture.

The majestic humpack whale is my favourite marine animal, and my favourite species of whale. Again, I have been lucky enough to see them multiple times and they are the species that I’ve seen offshore from the most countries, in both hemispheres. I was even privileged to take part in the autopsy of a humpback whale that washed ashore in South Africa. 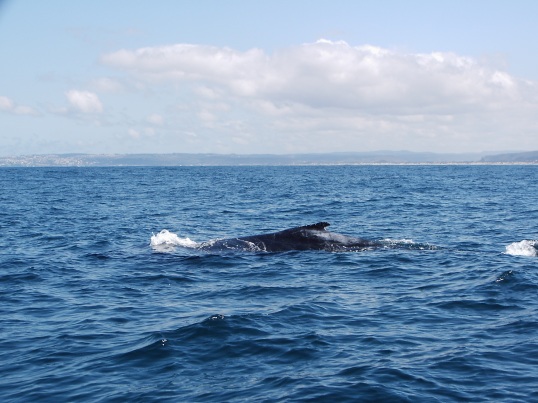 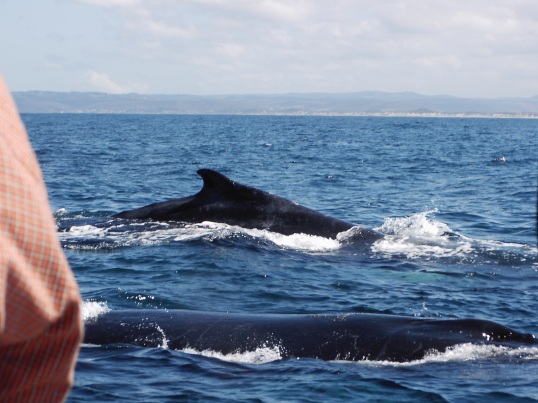 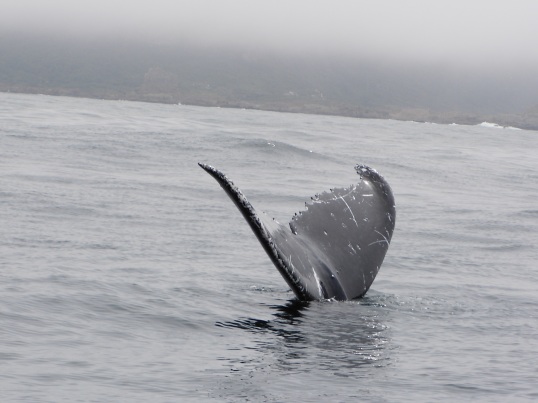 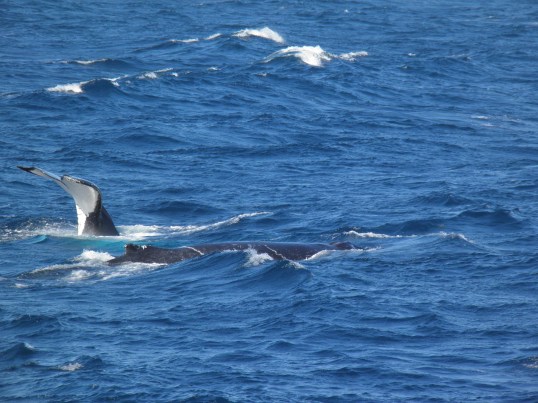 This mother and calf were an exciting surprise on a snorkelling trip in the Galapagos Islands.

It is not that common an occurrence to see humpback whales off the coast of Scotland, but for several weeks, the sightings were very regular indeed.

Witnessed on a trip from Husavik, in the north of Iceland, this is the furthest north on the planet that I have been.

I saw so many humpback whales off the Queensland coast whilst heading north from the Gold Coast to Cairns. Of all my humpback sightings, the trip off the coast of Hervey Bay in Queensland was the most amazing experience with multiple whales spotted and several coming so incredibly close to the boat. 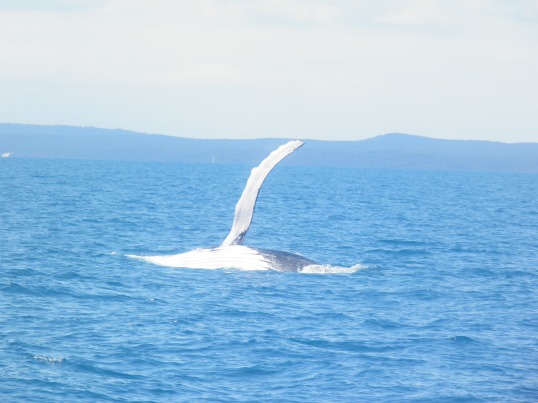 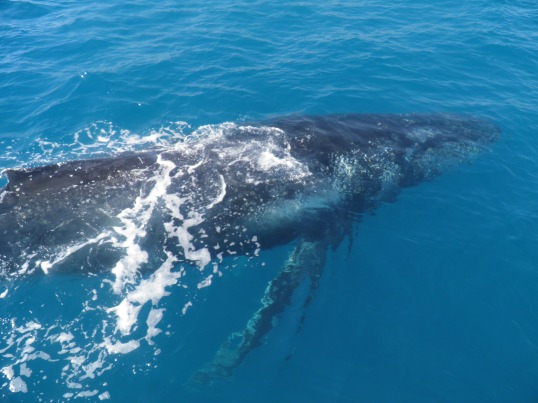 These strange looking creatures come into sheltered bays to give birth to their calves. This has allowed me to view them several times, and I was witness to several of them in South Africa and whilst in Argentina, I saw a mother with a white calf. I have found them to be very inquisitive whales, and they often seem keen to come near the boat and investigate. On one trip in South Africa, a juvenile bull whale practiced his courtship with the hull of our boat, rolling over and touching his fin to the hull. 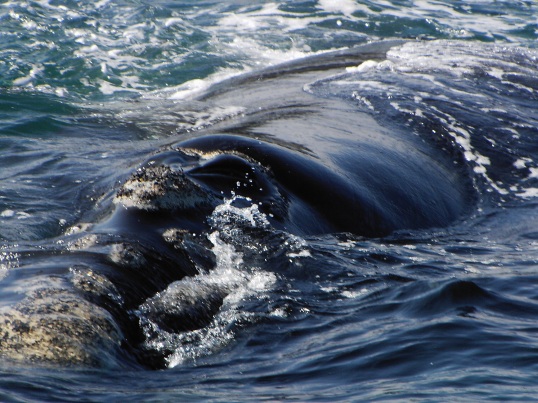 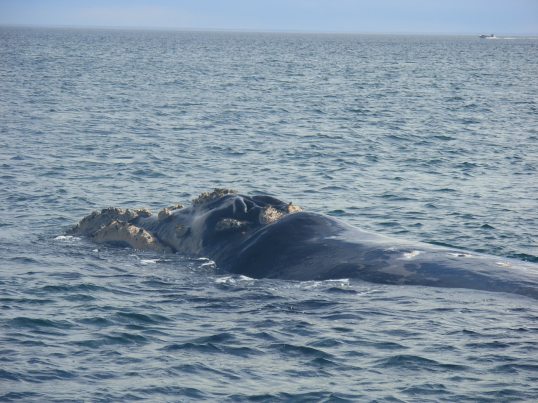 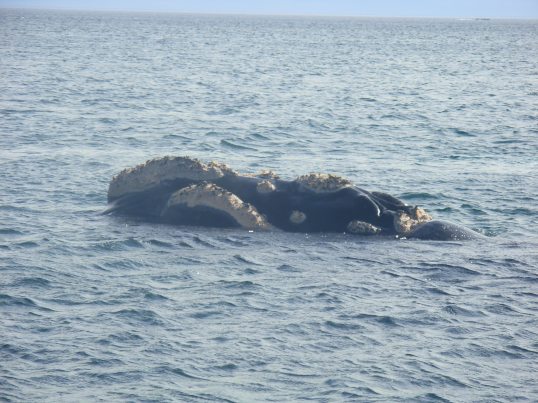 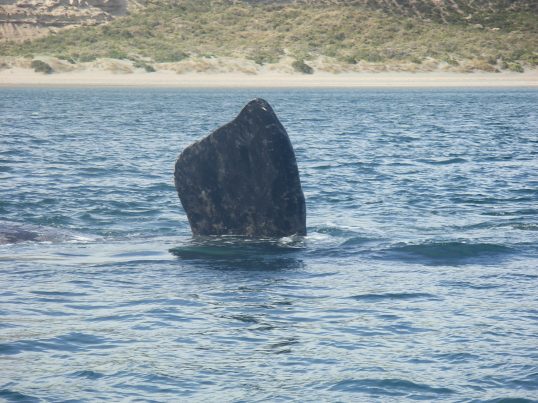 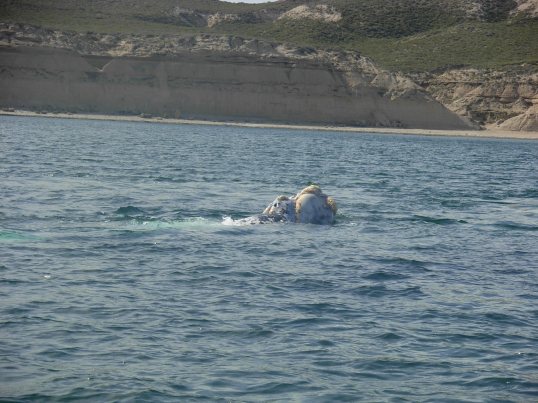 More typically seen off the south-west coast of New Zealand, I was utterly blessed to see a mother and calf cruising in a bay off the coast of Christchurch on the east coast of the South Island.

With a similar body shape to Minke whales, these are very shy whales, proving very difficult to find. I managed to see one almost by chance when assisting on a research trip in South Africa 2005. It spent little time at the surface, and moved around so much that I was unable to take any photographs of it.

This is the largest species of whale that I have seen, finally seeing a couple in 2013 both from the air and from the sea off the coast of New Zealand. They remain on the surface only to re-oxygenate their blood prior to long dives down into the depths of the sea in search of food. I loved getting to see all of the whale from the air, but unfortunately, the trip out to sea was the same trip I saw the dusky dolphins, so the experience was rather marred by the sea sickness that I was suffering from. 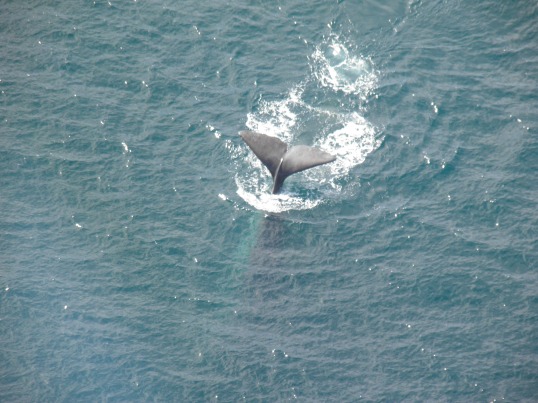 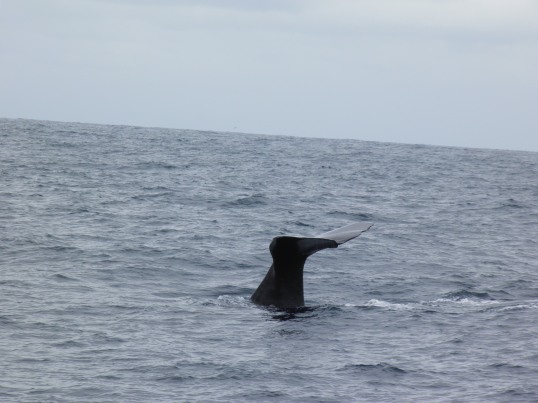